Version 1 is the 1st card collection of the International version of Love and Berry Dress Up and Dance!. It was released in early 2006 and is the International counterpart of the eventually released 2004 Autumn-Winter Collection in the Japanese version.

There are 18 Hair & Makeup Cards, 36 Dress Up Cards, 18 Footwear Cards and 4 Special Item Cards. In total, there are 76 cards in this version.

This collection was eventually re-released as Version 13 Classic with almost everything being the exact same except the card design.

Version 1's background is similar to its Japanese counterpart with some differences in the background. The background has pink mid-gradient in a cross hatch pattern. In the main background, it has a big heart shape with thin heart patterns line.

The barcode is on the east, just below the "Ver 1" symbol. It is colored blue with the background being a pink gradient background with stars.

Version 13's card back has some differences from Version 1's card back. First of all, "Ver 1" is now replaced by "Ver 13 Classic." The card back's background is now a lighter shade of pink, with splashes of white, light pink, and yellow spread throughout the background. The heart shaped border is exactly the same, except that it is now glowing.

This version uses the standard, small dot, gloss used in many collections of Love and Berry Dress Up and Dance!. The card is surrounded by a border that is colored depending on the card's type. The following possible colors are:

Inside the border, at the top right corner, there is a ribbon that corresponds a different color depending on which category the card is in (Blue color for Dress Up Card, etc.). It also matches the border's corresponding category card main color. The card type's initial can be found in the middle of the ribbon with shining words saying "DRESS UP AND DANCE ✩" circling around it. The card's name is inside the border while its category card and its card number are above the border.

Version 13's card front is identical to Version 1's, except that the gloss is the one first used in Version 8, which is a pattern of larger dots. 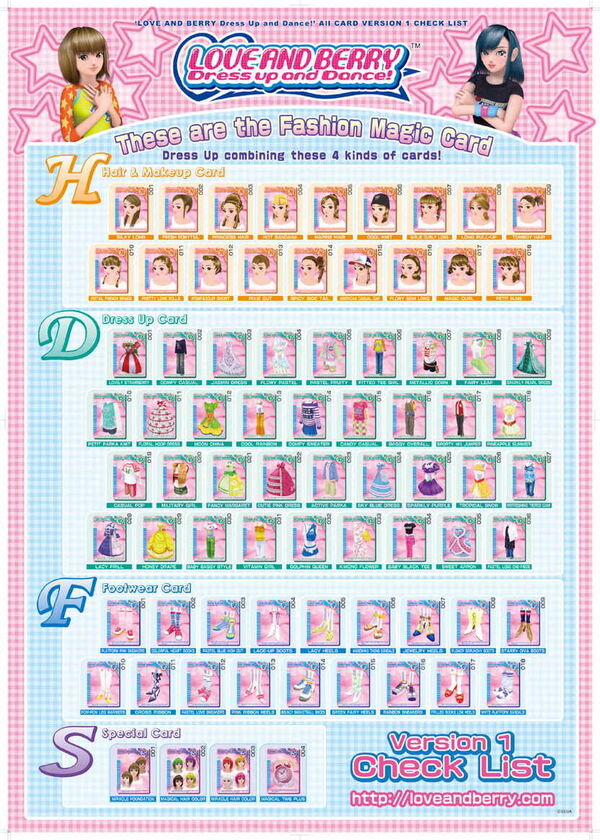 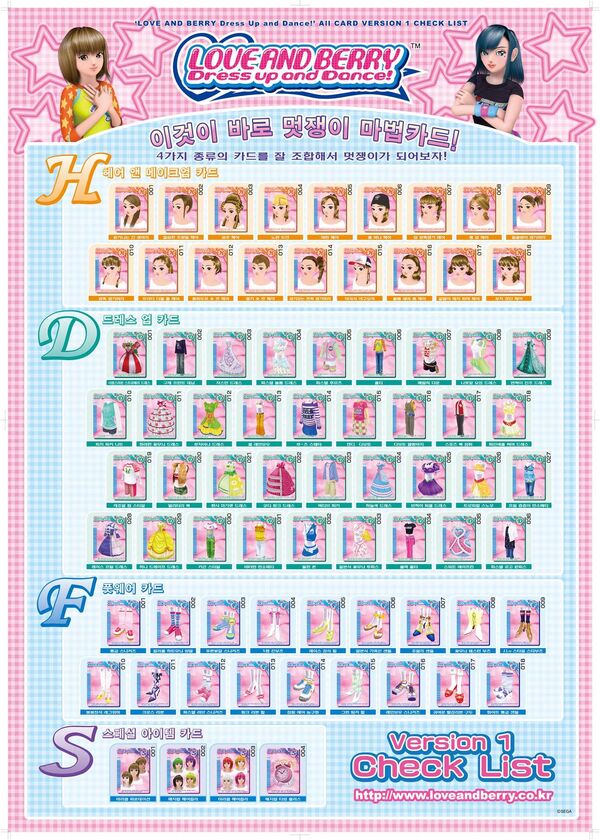 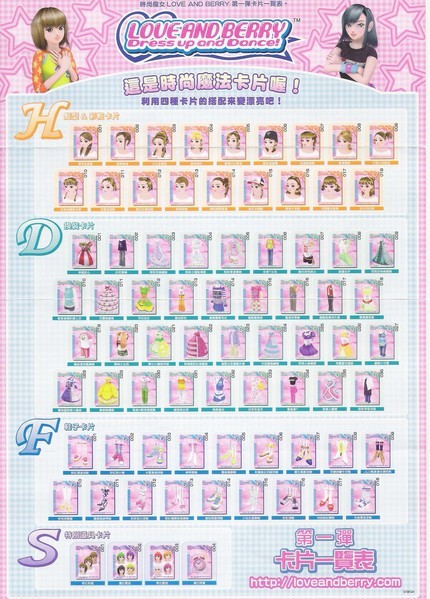 Retrieved from "https://loveandberry.fandom.com/wiki/Version_1?oldid=8758"
Community content is available under CC-BY-SA unless otherwise noted.