Version 2 is the 2nd card collection of the International version of Love and Berry Dress Up and Dance!. It was released in early 2007 and is the International counterpart of the eventually released 2005 Spring-Summer Collection in the Japanese version.

This collection was eventually re-released as Version 14 Classic with almost everything being the exact same except the card design.

There are 21 Hair & Makeup Cards, 40 Dress Up Cards, 22 Footwear Cards and 5 Special Item Cards. In total, there are 88 cards in this version. 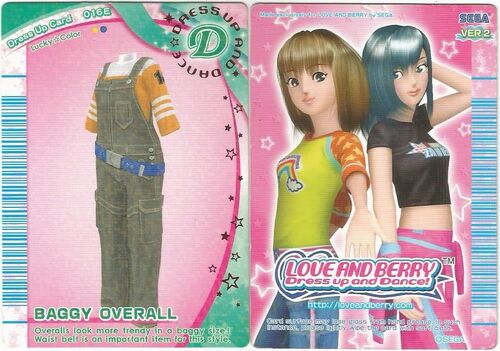 Version 2's background consists of Love and Berry posing side-by-side, with love stretching her arm onto the front while Berry bending her arm to reach her head.

The barcode is on the east, just below the "Ver 2" symbol. It is colored blue with the background being a pink gradient background with stars.

Version 14's card back is exactly the same, except with the fact that the card background is now blue and "Ver 2" is now replaced by "Ver 14 Classic."

This version uses the standard, small dot, gloss used in many collections of Love and Berry Dress Up and Dance!. The card is surrounded by a border that is colored depending on the card's type. The following possible colors are:

The barcode is on the west, with the it being colored blue and its background being white with pink stars. 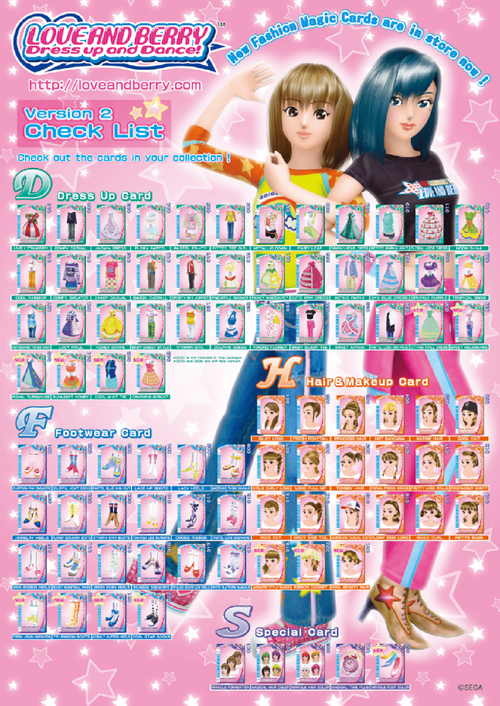 Retrieved from "https://loveandberry.fandom.com/wiki/Version_2?oldid=8759"
Community content is available under CC-BY-SA unless otherwise noted.